Well under the Sun

Is the blue bird of happiness really black?

Well under the sun

The big feather trick – about moulting in birds 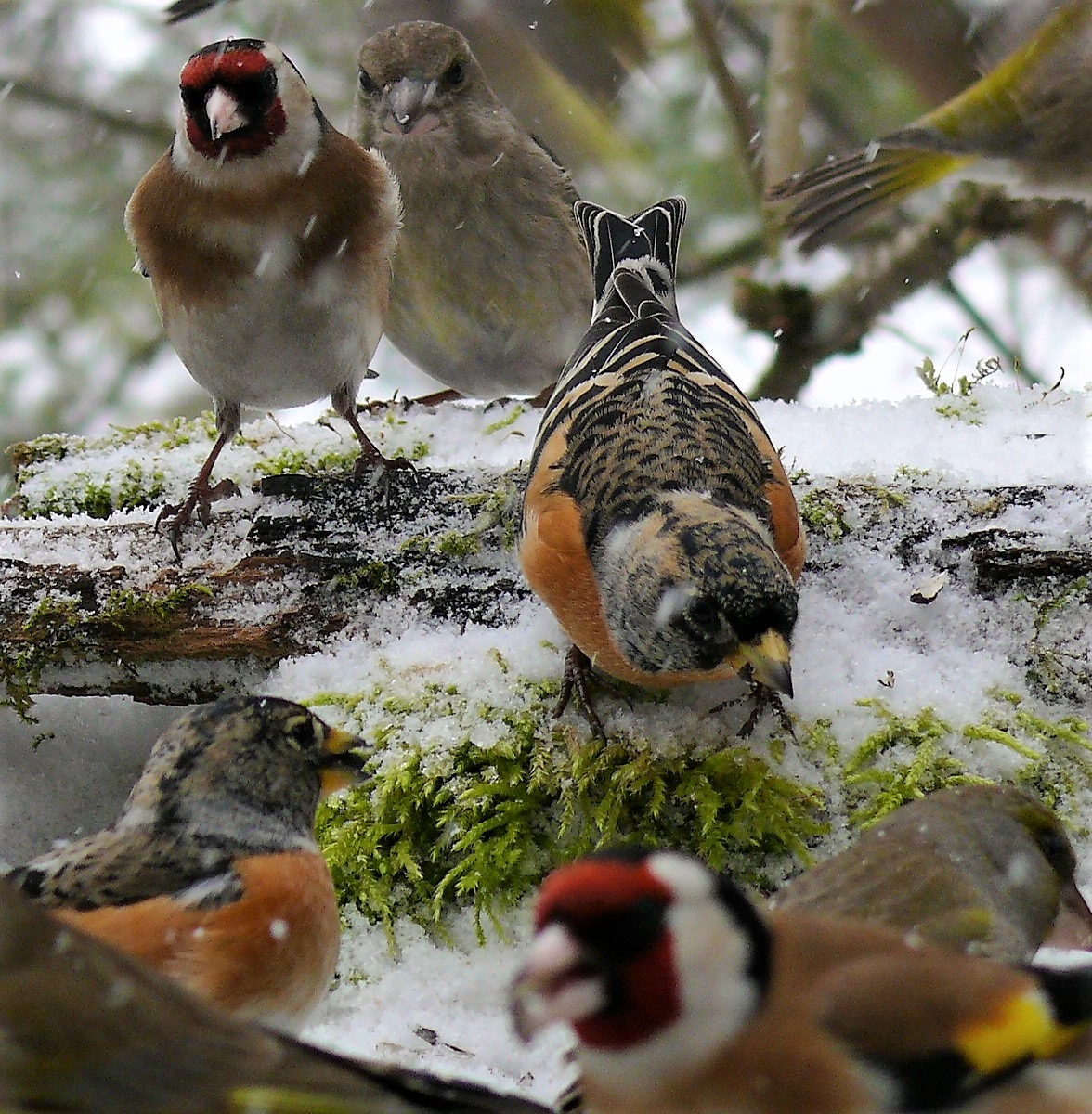 Brambling is the champion of energy-saving lifestyle (Photo: Centauri)

The big feather trick – about moulting in birds / Translated by Mara

From time to time all living things are forced to change their “clothes”. This is always an energy-intensive process, even for us humans. This is called shedding. In fact, the change of clothes is also a kind of shedding, if we use the clothes to compensate for the missing outer cover, the fur. Our task seems to be simpler, but as we know, energy is not lost, it is just transformed.

The energy demand is not lost either, it is only transformed.

We do not pay for shedding with our body, but with money, yet in the end we still use the energies of our body for working that results in pay, in money. The only difference is that in the case of animals nothing is intervened; they pay the price of the new dress directly. 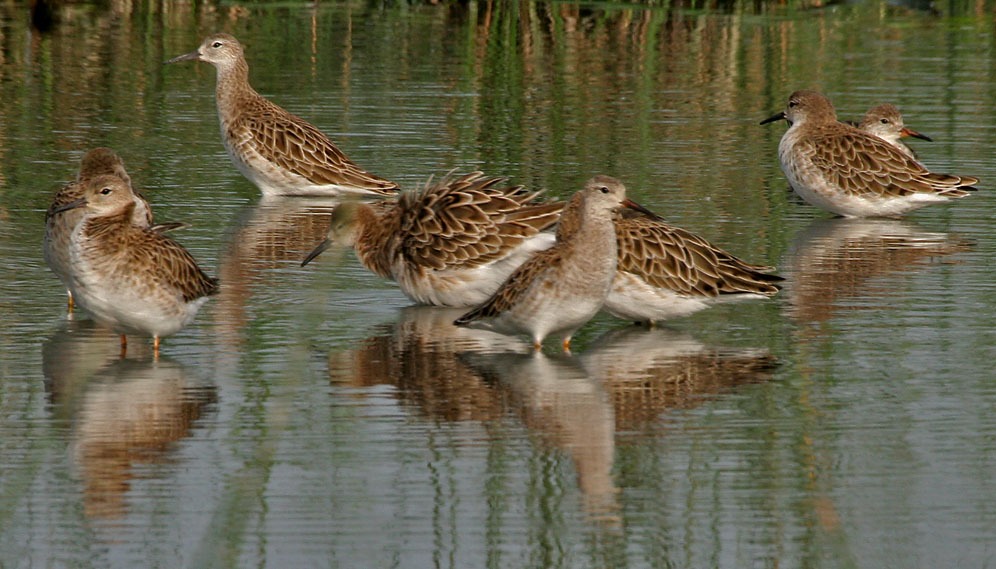 One of the most spectacular transformations is that of the ruff’s that migrates also through us. This is how they look in the winter and usually when they cross us (Photo: Wikiwand) 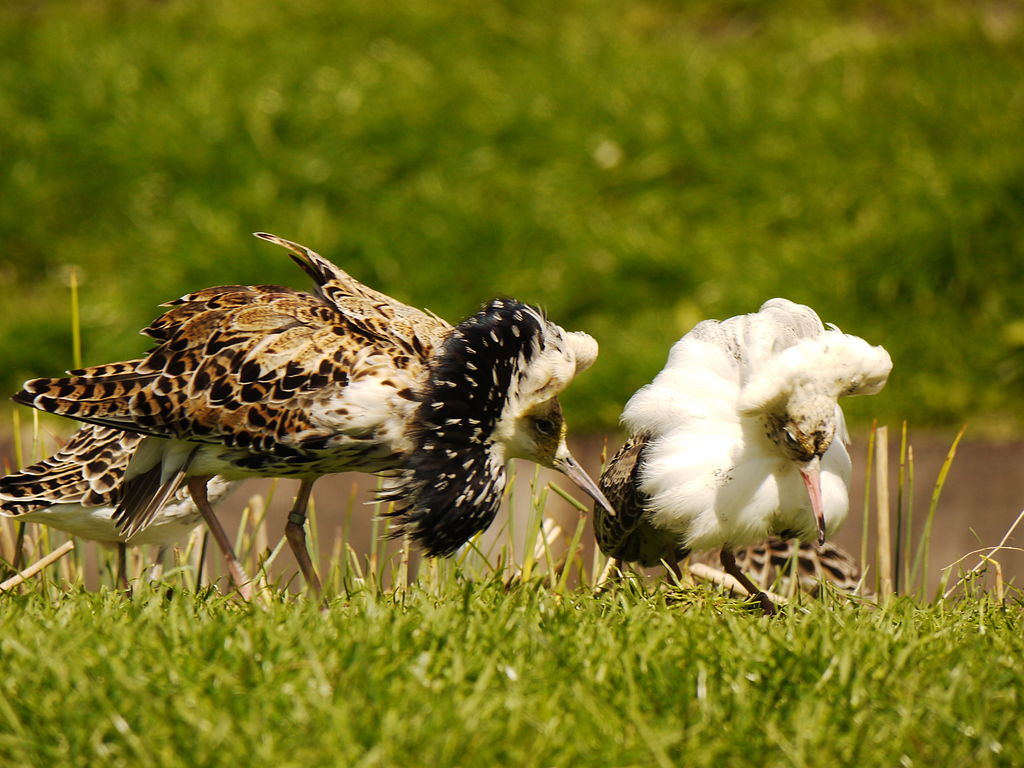 And this is how males become by the time they reach the northern breeding grounds there’s a whole world of difference (Photo: Wikiwand)

The moulting of the birds is quite spectacular. Many species look quite different in winter than in summer. The moulting basically serves to allow the bird’s plumage to fully perform its functions: to isolate the bird, just like the fur in mammals, but here’s an extra feature:

without intact feathers there is no flight.

That is, in the case of birds, moulting is doubly vital. Moulting is also part of a larger strategy and is influenced by many things: the bird’s lifestyle, migration, courtship. Therefore, the way of shedding is very diversified, one bird only does partial moulting (in this case it only replaces the plums responsible for isolation, and doesn’t change the feathers responsible for flight), the other does complete moulting, and all sorts of combinations of these strategies exist.

Whatever strategy a bird uses for moulting, since even the last feather is produced by the body, it is always a risky period in its life.

If the bird is not in proper condition, it may even die. This is why there are so many different modes and rhythms of shedding in order to go through it in the optimal time and with the lowest risk possible. If they could, they would try to skip this unpleasant process, which temporarily reduces their safety (because, for example, when changing feathers for flight, their flight ability is reduced, in case of some species it is lost altogether), and sometimes imposes additional tasks in a period when they are already overwhelmed, for example in the spring, when many of them are still migrating, and they should be in their best shape for the nesting season. There is also a bird species that escapes this whole torture – at least the spring moult. In addition, it is a species that is known to many from the bird feeders. 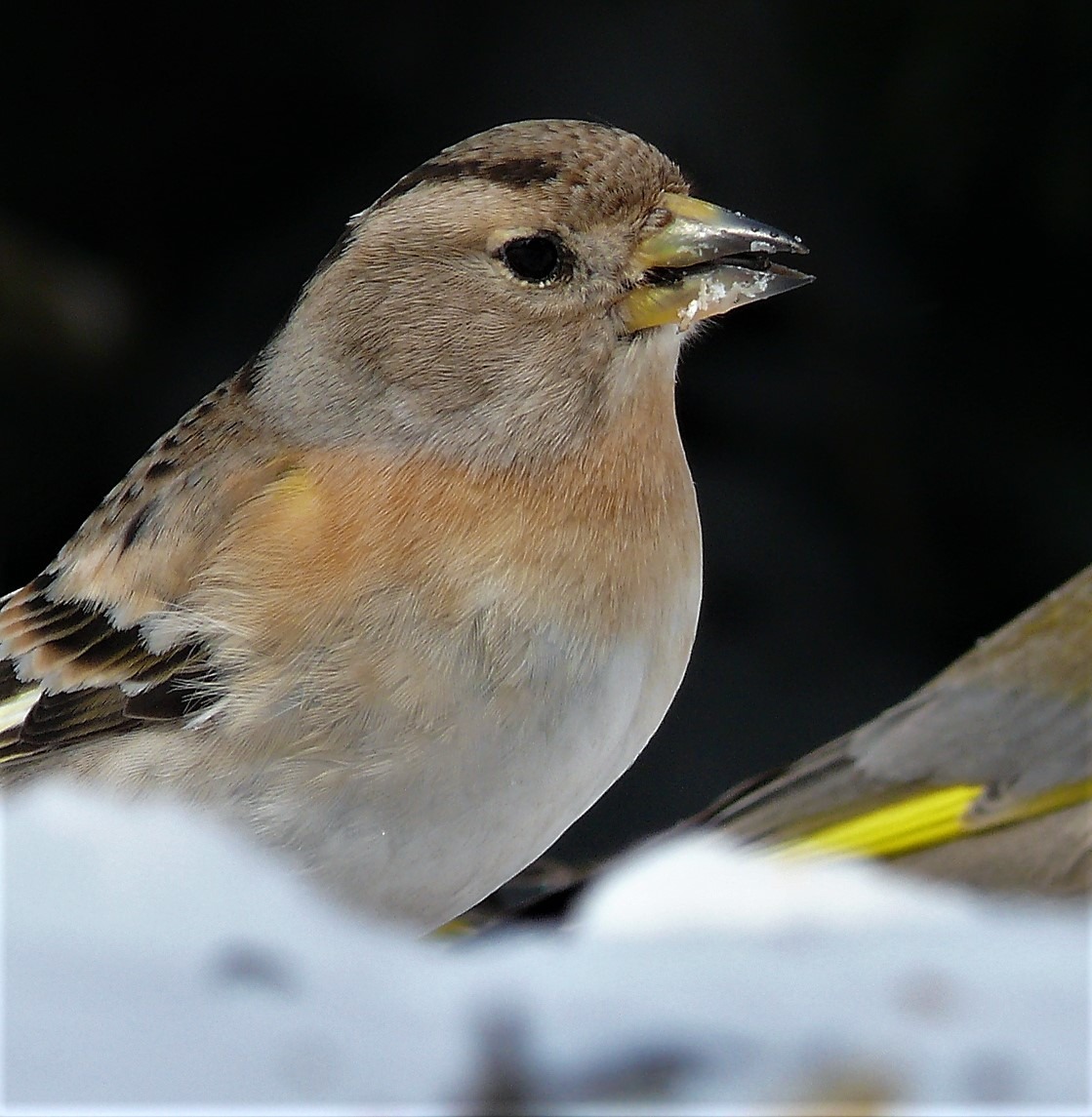 The female brambling is much less colorful than the male – a particularly kind-looking animal (Photo: Centauri)

Bramblings arriving from the north, mostly from Scandinavia, are also among those who moult from a winter dress to a courting dress in the spring. The change is spectacular especially in males. In all its splendor, the head and back of the male brambling are bright carbon black. We do not see such a bird in Hungary, because by the time the males are in bloom, they have returned to the north, but towards the end of winter the new courting dress is already appearing on them. 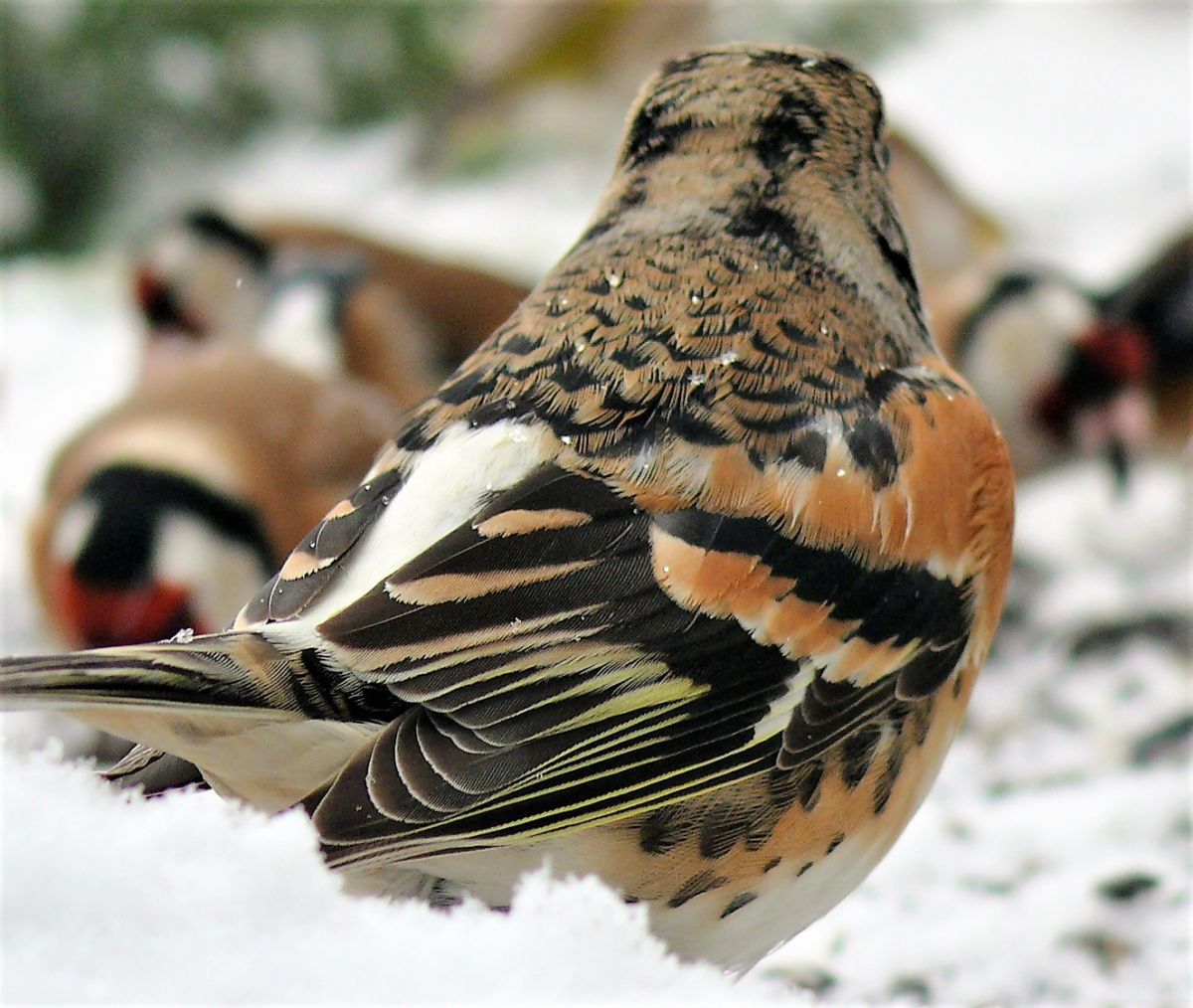 The photos taken at the feeder clearly show the feathers of the brambling. The tiny feathers on the head and back are bordered in brown. This plumage is picked up by the brambling in the fall after breeding, but to avoid having to replace it with another moult in the spring, it uses a very simple trick. The plumage grown in the fall is the perfect replica of the courting plumage, there’s just a little plus: a brown border is placed on each feather. However, the bird feather, albeit little by little, is constantly worn out. This is precisely one of the reasons for the need to change the feathers. However, the brambling counts on it and calibrates the winter feather dress so that it is lost by wearing and not by moulting.

Thus, the brambling is dressed in bright black by time. 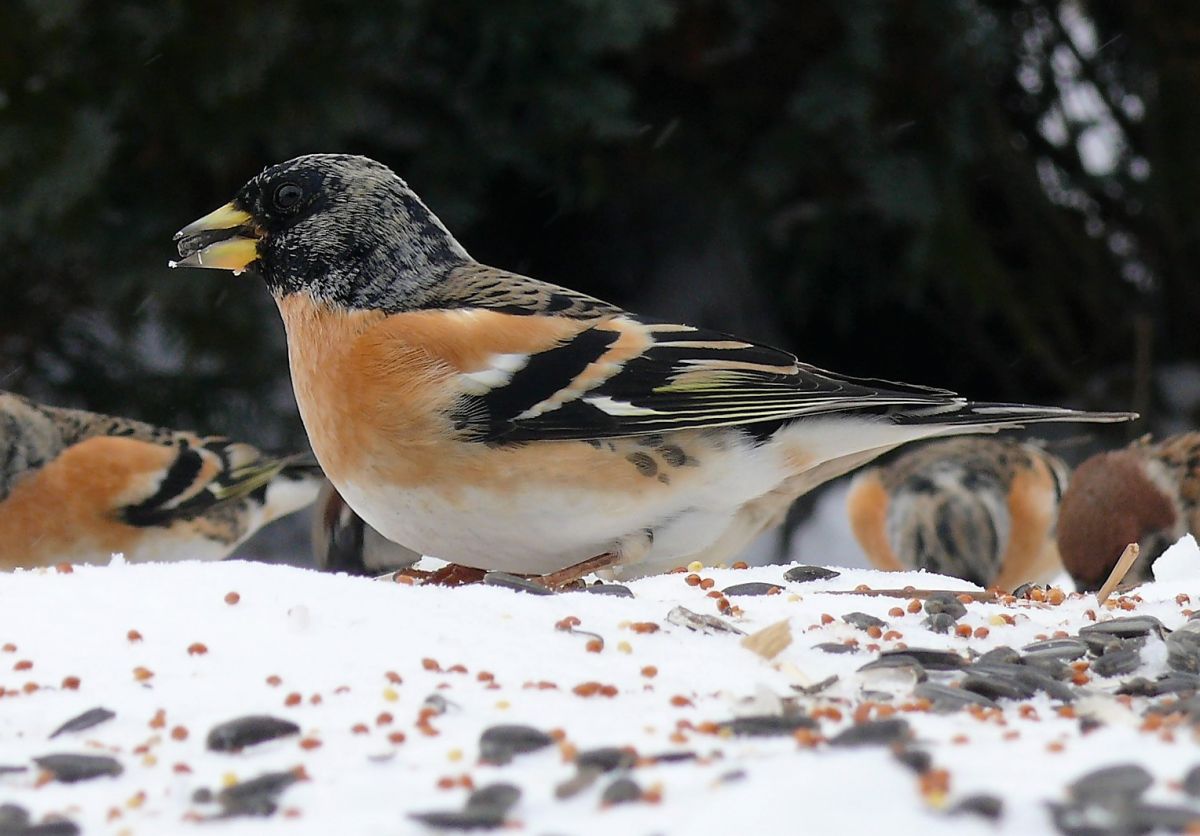 I photographed this male in March – it can be seen here that not much is missing from the gorgeous, brilliant black of the head. All this without shedding (Photo: Centauri)

By the time it will have to show off in front of the hens in all its splendor, the brown ends of the feathers will shatter and remains a bright and attractive, vibrant carbon black color.

Imagine a garment that becomes more beautiful day by day from use, wear and washing. Which will be the most beautiful when other’s clothes are already in the rag.

“The Hungarian voice of the Universe” (Bookblog – Könyvesblog)

“If there was an English name on the cover I would believe with no hesitation that I am reading an excellent American novel in a brilliant translation.” (Life and Literature – Élet és irodalom)

“I use unclear wording on purpose, so that I will not destroy the punchline which is more exciting, more mysterious and more unexpected than the one of a perfectly written, eventful, colourful American action thriller of these days. Anyway similarly to those, it is enthralling and as a novel, it is perfectly professional.” (Life and Literature – Élet és irodalom)

“Centauri’s prose is infinite and can not be coded. It mixes marks of great ancestors with popcultural and literal hints, with magical and merciless realism, and from the whole he creates something typically Centauri-like. And he does this in a way that we can not even define what makes it typical. We should rather say: everything together. It must have a unique place on the shelf.” (Bookblog – Könyvesblog)

“Get it. If you do not have any money, steal it. In a better case, ask for it for Christmas. And then start to be the main character of your life!”(Cultureshore – Kulturpart) 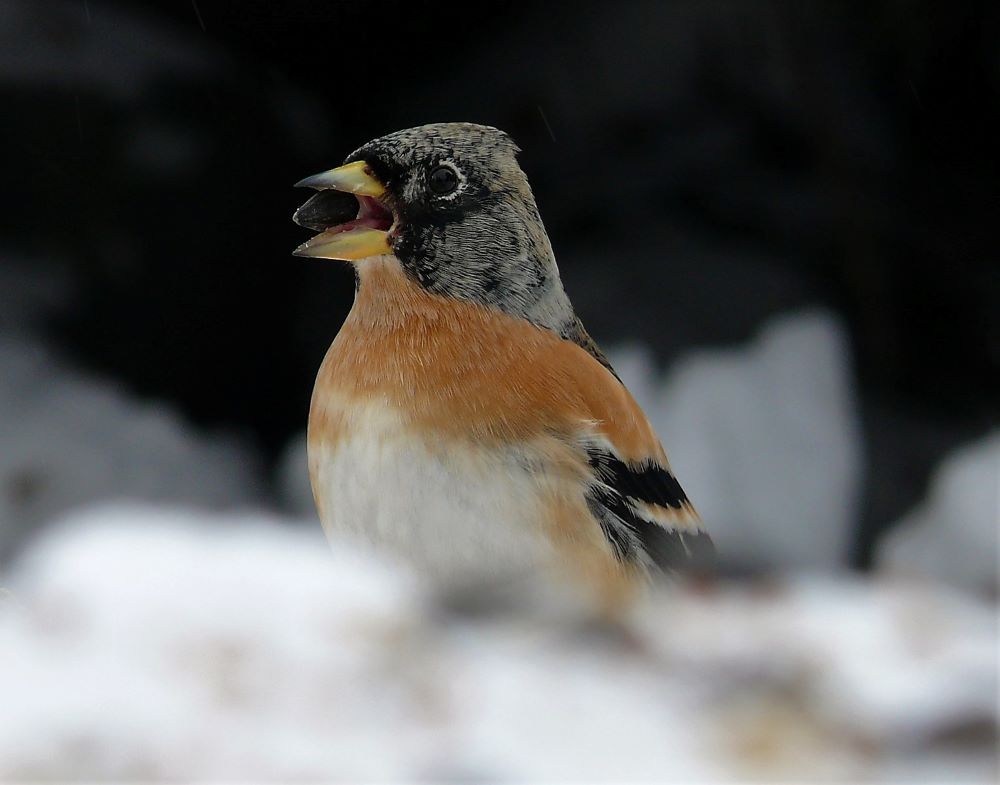 2021.01.20. NOVELLAS
➡ MORGEN AND NORMAN
I had seen fog as it spread from tree to tree in an alder thicket, and as it slowly curled around a hilltop gun placement; I had seen from above, as it lodged in the trough of a valley far below, and as it steamed from north to south on a mountain pass; seen it as it layered on the asphalt road on my way homewards; I had also seen fog descending and lifting within just minutes, as well as choking smog that did not clear for weeks; on the shore of the Simpson Straits, in the Northwest Territories, I have stood in fog so thick that I could see only as far as the tip of my nose. But never before, anywhere, had I seen anything as dense as the fog inside me that summer.
2020.01.20.BOOK
➡ JACOB'S STICK
Finding love and adventure
in the footsteps of Jack London
2020.01.20. BOOK
➡ BLUE ANGEL
Centauri is best known for not being known.
Ticker

Well under the Sun

Is the blue bird of happiness really black?

Well under the sun